RBA Initiative: Leading the fight against antimicrobial resistance in Africa

Roll Back Antimicrobial Resistance Initiative (RBA Initiative) is a non –governmental organization in Tanzania that is fighting antimicrobial resistance through advocacy, education, research and programs. The organization is fully supported by the Queen’s Commonwealth Trust (QCT).

Trained as a pharmacist, Erick Venant became committed to tackling antimicrobial resistance (AMR), after realizing that approximately 700,000 people die every year globally from bacteria, viruses, fungi, and parasites that do not respond to medicines.

To address this crisis in his home country, Tanzania, he organized and lead a nationwide campaign to raise awareness about AMR in secondary schools. As a university student at the time, he worked with a team of volunteers and was able to educate over 49,000 students in 114 secondary schools, across 23 administrative regions.

To sustain the work completed, Erick founded the RBA Initiative.

Headquartered in Dodoma, Tanzania, the RBA Initiative covers rural and urban communities, working with schools, colleges and universities, health professionals, private individuals, and policymakers across multiple sectors from health to agriculture to encourage them to mobilize and help prevent the spread of AMR.

In the early stages of the organization’s operation, Erick, and his team experienced funding challenges to propel the work. However, it was through a partnership with the Queen’s Commonwealth Trust (QCT), that the organization was able to pivot its operations and lead transforming public health work in Tanzania.

“QCT works with young people hand in hand to ensure that they have essential support to realize their goals to help their communities. It means a lot to have an effective and equal partner in driving positive change,” Erick Venant, Founder and Chief Executive Officer, RBA Initiative.

“Our organizational systems have been improved and strengthened thanks to the guidance provided by QCT. More specifically, we have been able to develop a safeguarding policy and financial management guideline alongside other policies.”

During club sessions in the schools, we use arts and crafts, songs, drama, traditional dance, drawing, poems, and competitions to help the students understand what AMRs are and how to curb resistance.

Additionally, through interventions and tailored educational workshops to different groups including healthcare providers, local leaders and the general population, the RBA Initiative has so far reached 3,328 people.”

These students and adults are now agents of change, who in turn are encouraging their communities to adopt positive behavioral changes.

RBA Initiative has also reached 5.2M people through the use of local radios.

Impact that is seen on the ground

More recently, the RBA Initiative realized a challenge of water, sanitation, and hygiene (WASH) infrastructures to most of the schools across the nation.

The organization began educating school children on better handwashing practices and sensitization hand hygiene and handed over a washing station and a water tank to the winner of the 2020-2021 RBA Initiative's AMR Arts and Crafts competition.
This is an example of how the mix of fun and rewarding campaigns is changing the public health behaviors of many in Tanzania.

Just ask 15-year-old Rhoda who shared her story on how the education she has received in the AMR Club has been transformed her own life and that of her community.

Before attending AMR Club, I’d never heard of antimicrobial resistance. In my community, many people have a tendency to share medicine – even with our animals. For example, my family rear chickens at home, and whenever the animals got sick, we used to buy antibiotics that were meant for humans and feed them to the chickens. Attending an AMR club has made a huge difference in my life. I have learned about so many things, like the importance of handwashing and hygiene, how to identify fake medicine, and the importance of always completing the full course of antibiotics (even after feeling well). I’ve also learned that we should never share our medicine with anyone.”

Rhonda’s account captures the voice and experience of thousands of young Tanzanians who are educated in the AMR Clubs. Read her full story here.

“In 2020 we increased the AMR knowledge to AMR School club members in different aspects from 37% to above 90%, this included the knowledge that antibiotics cannot be used to treat flu. I am glad to see the positive impact and outcome RBA Initiative is taking to curb antimicrobial resistance. For the coming year 2022, we are aiming to engage 25000 school children. I have been honored to receive encouraging feedback from different stakeholders on the work I have been leading. This has included awards including the Princess Diana Legacy award (2019). I have also had an opportunity to meet global leaders and discuss with them AMR including HRH Duke of Cambridge and the UK’s Special Envoy on AMR.I am also currently serving as a director for the board of the International Society to Improve the Use of medicine (ISIUM). Additionally, in Tanzania, I now serve as a member of the AMR Technical Working Group for Awareness which is under the Ministry of Health.

I am passionate and committed to tackling AMR and I am looking forward to continuing to help protect the community both at the national and global levels,” Erick Venant.

You can support the work of the RBA Initiative through the QTC's Get Involved page. 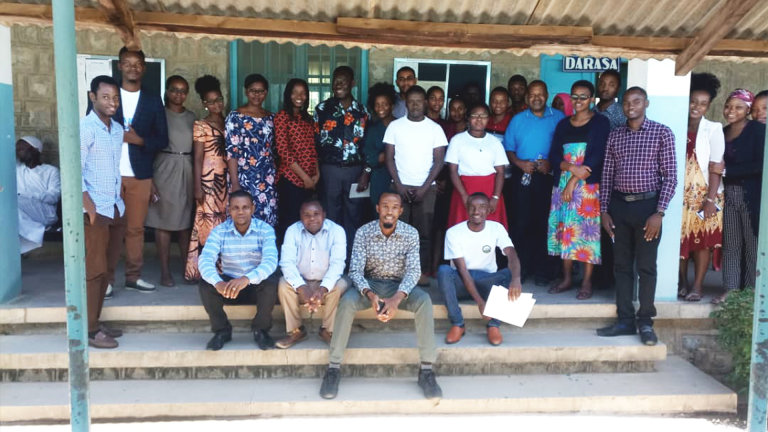 Roll Back Antimicrobials Resistance (RBA) Initiative raises awareness of the increasing resistance to medicines and promotes the correct use of prescription and over-the-counter drugs in Tanzania. 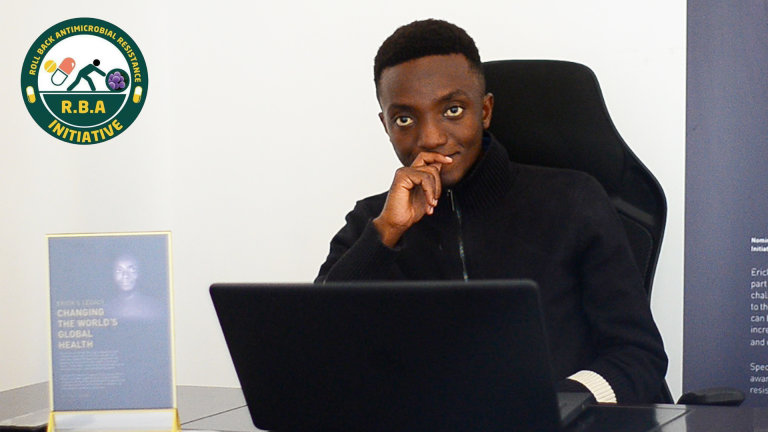 RBA Initiative founder Erick Venant shares insight into the global issue of antimicrobial resistance and offers practical advice on how we can all help to curb the threat.