Take a Walk in my Shoes: Regina from Lusaka

Regina Mtonga co-runs the Asikana Network; the name of which translates to ‘young women’s network’ in her local Zambian dialect. Since the organisation’s official launch in 2013, the network aims to connect more women with science, technology, engineering and mathematics (STEM) in Zambia, with technology as a core focus area.

Here, Regina takes the time to explore her journey so far. She talks inception, overcoming the various challenges she has faced along the way, and her expectations for the future of the Asikana Network.

“My ambition was to create a community of confident and capable women through technology. It started with the creation of what we call ‘meet ups’, where women interested in tech came together to get to know each other and share their experiences in tech. We used these sessions to break the ice and encourage the women to be more comfortable with one another. We also wanted to encourage more sharing as we identified early on that this open environment and support network helped many of the women involved to grow and develop.

We started out funding this work entirely ourselves. Resources were slim as we were newly graduated from university and unemployed. After legally registering the organisation, we began to apply for funding from anywhere we could. We went to other organisations willing to help, the government, and applied for funding from international institutions such as Google. Fundraising was, and continues to be, a struggle for us. We often found that our organisation was seen as too small to fund and we were overlooked by many of the big funders, but we were able to secure some support, enough to keep us going.

This led to us coming up with a volunteer strategy. With this plan we were able to ask the very women who had learned from the organisation to come back and be the ones to lead and work on specific income generation projects. We wanted to use this strategy to eliminate and reduce the burdensome problem of having to source funding to pay these women for full time positions. One of the aims of the Akisana Network has always been to share knowledge and we deliver on this by having tech-focused classes on various subjects such as web development and mobile app development. In order to run these classes successfully, we knew we had to enlist the help of other women within the organisation to continue disseminating the knowledge. This was the beginning of our volunteer network, which has continued to grow ever since.

Our fundraising has now grown to include self-sustainable activities such as delivering services for other companies, including institutions, and charging for those services. We enlist the help of women from our organisation who help create teams for this work and are subsequently paid for their assistance. This has enabled us to keep some funding flowing within the organisation.

Now, the Asikana Network works with young women in several communities to build skills that utilise technology to increase female participation in computer usage as well as create an additional or primary source of income for these women. The creation of the network has brought about the birth of a group of women who learn from each other and share what they learn. The network has also helped us all gain confidence in the work we are doing and within ourselves. All of this has led to women within our network being able to generate extra income that was previously out of reach to meet their personal and family needs.

On our journey so far, we have faced many challenges, the most pressing being financial deficit. The work we do is fulfilling and we are able to help as many women as we can. However, the activities we carry out require money which is not always readily available. For example, we require laptops and PCs in order to effectively teach. The organisation unfortunately still does not own such equipment, but we have mitigated this by utilising the few members who do own equipment, and having them share these devices. We have also created partnerships with places such as the American Corner library which owns PCs. These devices, and their space, are what the organisation uses to train as many women as we can.

I also suffered personal challenges, with the loss of a number of family members between 2010 and 2013, including both my parents. This is still one of the hardest things I have had to overcome, and it is something only I could do. Losing my parents badly affected my self-confidence and, among other things, led me to question my own abilities in running my organisation and greatly pushed me back.

After my bout of depression, very little money, and feeling inadequate academically and otherwise, I decided to think of people who looked up to me and believed in my abilities long before I could see them myself. My parents being the front runners. I also remembered how much I wanted to stop suffering. Many close to me will say “Gina refuses to suffer”. I feel this motivated me to do, and be, more.

Overcoming adversity has taught me a lot, and my pieces of advice to others would be as follows:

1. You don’t have to move in a straight line I have learned that it is OK to make mistakes as you try and navigate through a new venture. That growth is NOT a straight line and that the path to achieve success is one of my own choosing.

2. Financial knowledge and understanding is crucial I wish I had known certain simple financial literacy tricks that were vital to the growth of my organisation.

3. You need to track what you do I have learned the importance of documenting your work. One of my biggest mistakes at the beginning of the Asikana Network was failing to track how we had made an impact on young women in the community. I learned that seemingly simple mistakes such as this meant I was unable to demonstrate my work, and therefore unable to apply for certain funding that could have greatly helped my organisation.

4. Do not be ordinary The best advice I have ever received came from my mother. She said, “people do not talk about or pay attention to ordinary people. They only remember and speak of the very good or the very bad. People are talking about you because you are NOT ordinary”. I would encourage others to dare to think outside the box and be different. This unique ability you possess might just be the very thing that helps your venture grow.

5. Get started Don’t hesitate. If you know what motivates you and you maintain that vision, you can achieve anything you want to.

6. Remember the power of community They say that many hands make light work, and that couldn’t be truer in a grassroots start-up. Without the help of women in the network to supply equipment, skills and support in many ways, my organisation would not have been able to get off the ground.

I dream of a future that has my organisation expanded to all parts of Zambia and beyond borders. To have more women taken seriously in STEM industries based on their abilities. To have more women fear computers less and realise that technology is a powerful tool that can be used to help others and themselves. I would like to have these dreams realised via the introduction of technology skills and development workshops in as many primary and secondary schools as possible.

What I consider most important is family and purpose. Purpose is what makes me wake up each day and keeps us all doing what we love and believe in. In a perfect world, I would love to see less greed from those better off, more consideration for how we use the earth and its resources and more sharing in terms of knowledge and information. If everyone has access to this data, more and more people can become empowered." 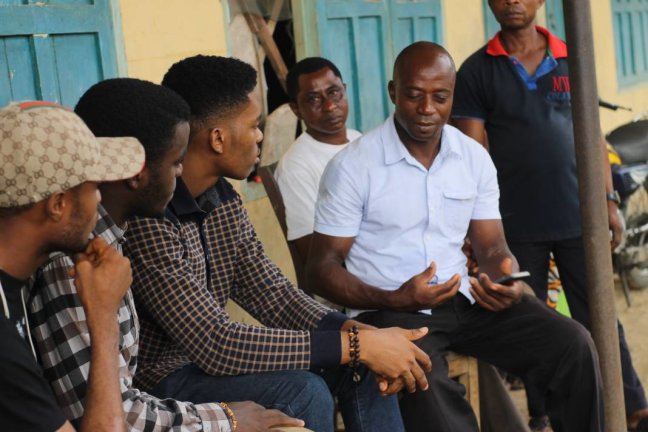 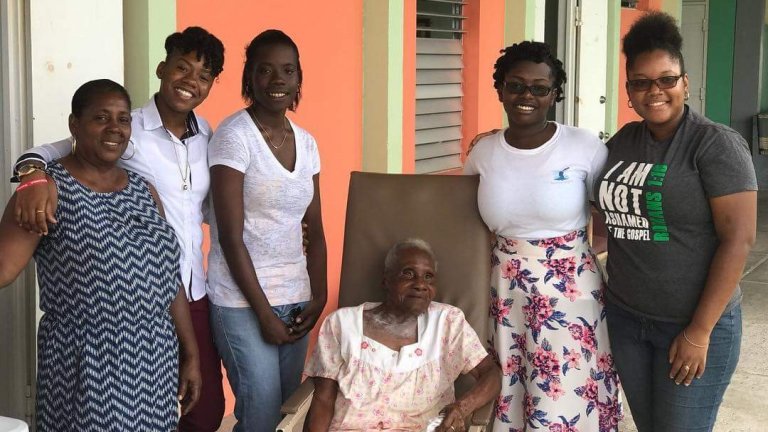 Rianna Patterson, founder of the Dominica Dementia Foundation, was driven by her determination to help others. Now she tells us about the steps she took to overcome adversity on her path to making... 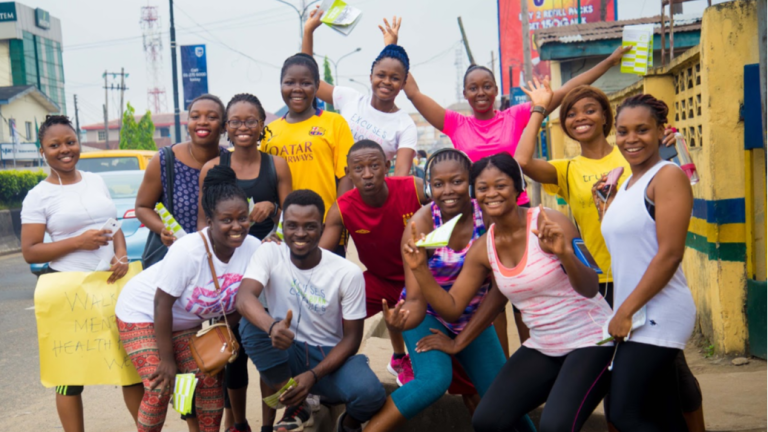 Take a Walk in my Shoes: Victor from Nigeria

Victor Ugo, founder of Mentally Aware Nigeria Initiative (MANI), shares his own experience with mental health and his aspirations for the future of MANI.