In March 2017, a month after Olly’s passing, I was faced with a challenge. I had met and had heard about other young people who were struggling with their mental health. Battling feelings of anxiety and depression, often triggered or made worse by their studies, students did not have an outlet for their emotions and kept things bottled up. It didn’t help that UCL’s mental health services were massively under-funded, and senior management seemed unwilling to accept or even acknowledge the university’s shocking suicide problem.

After Olly’s passing, I remember I approached UCL’s Student Psychological and Counselling Services seeking support. I’d never really dealt with bereavement before, not least the unexpected passing of a close friend. I emailed, explaining the situation, only to be told I had to wait six weeks to be seen.

This prompted me to think. Surely there were many more students like me who had no choice but to wait out the pain. I realised I was right. There were other students who had been bereaved, who were feeling anxious, depressed and even suicidal whom the university’s dire mental health provisions were failing.

People were bottling up their emotions, not because they wanted to, but because they had to. A six-week waiting list left you on your own to battle your demons. It just didn’t seem fair to me.

I wanted to create a platform for students to come together to speak up about their experiences, especially young men. To help them realise that they’re not alone. That there are people who care, and more importantly, people who want to listen to their story.

I collaborated with UCL’s Welfare and International Officer at the time, and we created Olly’s Future and Heads Up’s first-ever MENtal health open mic might in March 2017, aimed specifically at breaking the stigma around young men speaking up about their mental health. We didn’t know what to expect. We’d spent the weeks preceding the event telling as many people as possible to come along and share their stories, be it through spoken word, poetry, singing, or even just speaking their mind. We’d advertised the event on Facebook, through departmental mailing lists, and had plastered UCL’s walls with posters.

Around 60 people attended the open mic night, with the audience made up of students and young professionals. I remember looking out across the room, seeing people squished all the way to the back like sardines, who remained standing throughout the entire thing because there weren’t enough chairs for everyone that came along.

It was clear to me that there was a real need for an event like this.

And so we hosted the event the year after.

I remember a girl bravely coming up on stage, saying that she’d seen the event pop up on her Facebook timeline. At the time she wasn’t even sure if she was going to come, let alone come up on stage and share her story. She sat on the chair, and sobbed for a very, very long time. It was the first time she’d ever really acknowledged what she’d been going through. It was the first time she’d ever opened up to anyone about her mental health, not even to a friend or a family member. Yet she opened up to a room full of strangers.

That was when I realised the power of an open mic night.

By providing a platform for students to come together to speak, you’re telling them we’re here. You have a story and we’re here to listen.

This year we hosted our third MENtal health open mic night. And it was our most inspiring and empowering event yet. We heard mainly from male speakers who spoke on a variety of different topics including anxiety, anorexia and mental health from BAME and disabled perspectives, and from female speakers who spoke about depression, eating disorders and grief.

My heart warmed when one after the other, speakers ended their story with a Q&A session with audience members asking them how they had dealt with relapses and setbacks. It wasn’t a one-way dialogue. It was a conversation.

A male speaker who on the outset seemed typically “manly” (whatever that means…), opened up about how he had been battling with suicidal thoughts and had made several attempts on his life. He spoke with bravery, passion and eloquence. He told us that sport was an outlet, that jiu jitsu had saved his life. It allowed him to focus his negative energies on something tangible, on something productive. Here he had met his coach, who was now a close friend and a mentor, and someone who had experienced the same things that he’d been going through. He encouraged people to find their outlet. To find their passion, and to use it as an anchor to help them fight their darkest feelings.

On the surface many of our male speakers had typical “masculine” traits – tall, broad and bearded – characteristics that are often associated with stoicism. Yet together we had created an environment where these young men felt comfortable enough to open up, and even cry to a room of strangers. The courage and grace these young men had in opening up about their intimate experiences was so moving.

It made me think.

Perhaps the problem is not that these “macho men” are unable or even unwilling to talk about their feelings. Perhaps we’re the ones failing them by not providing them with an outlet to speak, to open up.

Hosting the open mic night for the last three years has opened my eyes. It’s made me realise that if you provide young men with a platform to speak, and if you create an open, non-judgemental and warm environment where they feel supported, then you will hear their stories. Every single last inch of the pain that they’ve been holding in up until this moment.

I came away from this year’s event feeling inspired, empowered and hopeful for the future. It made me realise that when people come together, we can change things.

Don’t wait for other people to act, not least the ones who are supposed to be looking after your best interests. Because often they won’t.

I’d encourage students to come together to organise initiatives like this. Open mic nights provide a rare and unique opportunity for students to speak up about their mental health. They’re invaluable.

Olly and I studied History together at UCL and he was such a huge part of my time at university, as he was to so many of his friends. Olly graduated with a First in 2016, and he was someone who sought opportunities wherever we went – from being involved in the Dance Society, to becoming fluent in French and German, and even taking on a compering role in the Jazz Society’s show at the Adelphi Theatre, among many, many other countless achievements!

After Olly passed away, friends and family were struck with a huge hole. Olly radiated so much love, warmth and positivity. It’s crazy how that can all be taken away in a split second.

We came together to form Olly’s Future to support young people who are experiencing similar things that Olly felt, especially young men, who are so often reluctant to open about how they’re really feeling. We want to show young people that they are not alone, that they’re never alone. By funding and delivering suicide prevention training, we hope to establish a strong framework of people all over the UK who are fully trained to provide young people with the support needed to help save their lives.

Olly’s Future is Olly’s legacy. And we hope to spread his Love & Light through our work, so that the love, warmth and positivity Olly radiated in our lives endures in the lives of others.

I opened up this year’s open mic night by saying: “I know it’s a daunting prospect – the thought of coming up on stage speaking to a room full of strangers about how you feel. But look around. Every single person who is here today is here because they care, here because they want to listen to your story.”

We all have a story. And I believe we have a duty to provide young people, especially young men, with the space to open up. 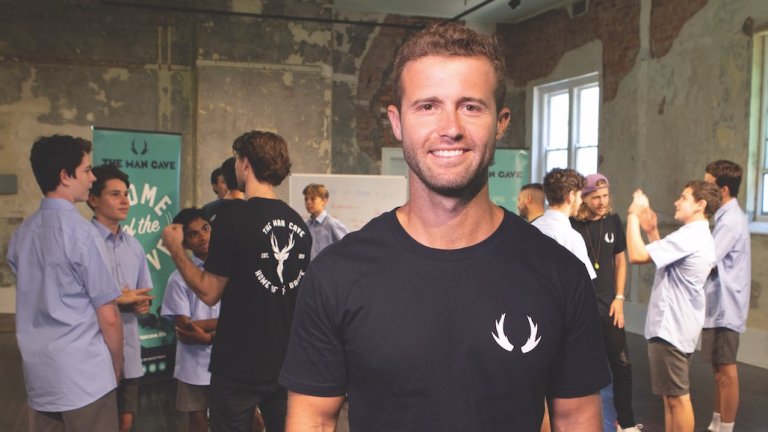 In this first ever 'QCT Conversations', we chat to Hunter Johnson, founder of The Man Cave. Hear how he got things off the ground and how he combatted his initial feelings of imposter syndrome. 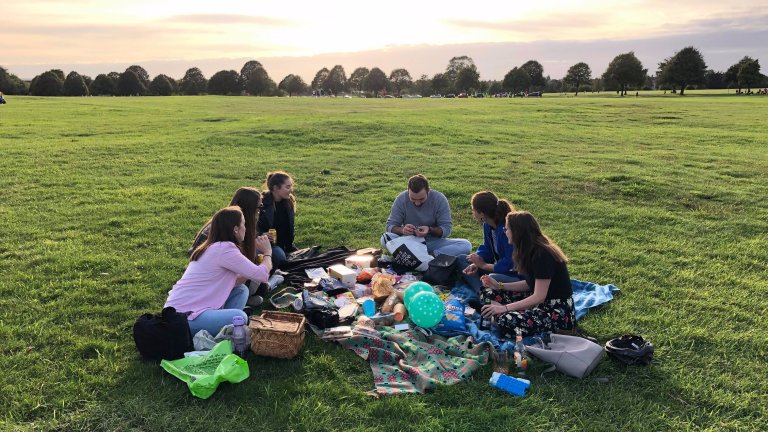 Beth French founded Let's Talk About Loss, a support organisation for young people aged 18-35 who have been bereaved, after she tragically lost her mother at the age of 20. 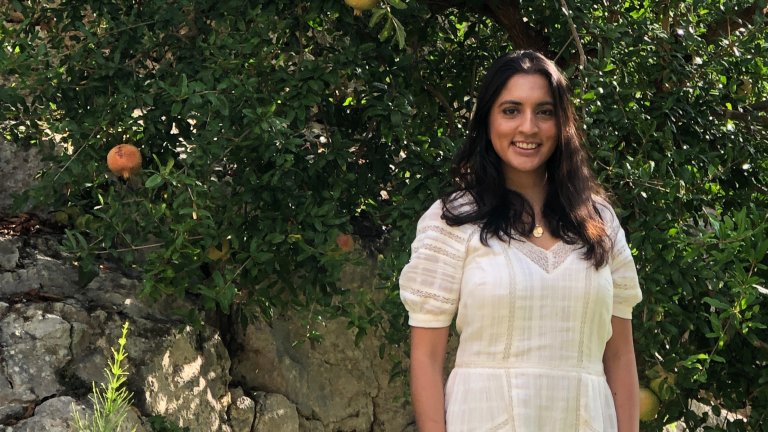 Meera Elbay is the founder of Your New Normal, an enterprise supporting bereaved young adults in the UK.