By Taha Khan, founder of the Child Awareness Project

Child Awareness Project began life as ‘Search for Thamana’, a Facebook campaign to find a 5-year-old girl, who was kidnapped from a beach in Chennai, India. Initially, the police and media paid little attention to her case, but the power of social media pushed this story from the columns of tabloids to major daily headlines.

A first it all felt helpless - I had started a Facebook page but only had 6 likes, and I could see that the media were already losing interest. When I called a prominent news channels to drive more coverage, all they said was that they didn't cover missing kids. I called a national children’s helpline but they stated that they could only help if a child in need called them directly. Thamana was a pre-schooler. There was no way she'd know their number, let alone have access to a phone! In short, the response was very discouraging.

However, as a student journalist for the student edition of a leading daily at the time, I called a news correspondent there. She listened patiently to the story, called the editor and by the next day there was an article in the paper. This one break led to a cascade of events.

A radio jockey saw the story and held a segment about missing children on her show. Eventually, the news channels that had earlier refused to telecast her disappearance, reported it as breaking news. The likes on Facebook soared to hundreds within minutes. Even the Commissioner of Police became fully involved in the case. Facebook and Twitter became my key source of contact with the public. People were sharing Thamana's photo on their page and changing their profile pictures to the missing poster. Towards the end of the week, Thamana's photo was displayed on cinema screens and the entire nation seemed to know about the little girl named Thamana who was missing.

Happily, Thamana was located 8 days later as a result of the attention this campaign got. However, I knew that Thamana was just one of many missing children who were neglected by the media but very rarely found. So, following the success of Search for Thamana, I started thinking about how I could create a platform that would help to trace and find other missing children. The Indian government had a similar idea though and launched their own. In 2016, I renamed & officially registered the initiative as the Child Awareness Project (CAP), an organisation which works to build awareness of children’s rights issues and abuses, and encourages young people to take positive social action in their communities.

Advocacy on the ground and online

Alongside social media, where our posts reach on average 10-15,000 impressions a month, CAP’s main initiative is the Campus Ambassador Program, where we recruit students across India to conduct various pre-designed workshops in their local schools. Our aim is to have between 5-10 Campus Ambassadors coming on board each year, and between them each CA will reach between 30-50 young people.

We encourage advocacy for children’s rights both online and on the ground, centring our efforts each year around a particular campaign. Our first major campaign as CAP, tackled the issue of Child Abduction & Trafficking (https://childawarepro.wordpress.com/portfolio/lostnotforgotten/). As part of this campaign we recently started a petition to implement an Alert Broadcasting System in India to help trace missing children (https://www.change.org/p/maneka-gandhi-alertindia-implement-child-abduction-alert-broadcasting-system-in-india), which recognises that the first 24 hours of a child’s disappearance are the most important. Acknowledging the importance of a swift response and immediate media coverage formed the basis of ‘AMBER Alert’, the Child Abduction Alert system in USA, and we believe that a similar system in India could be ground-breaking in helping to protect our children from harm.

We have also had the pleasure to work with a number of different partners, including the UN Online Volunteers where we helped to publish an Online Safety Manual. We hope to collaborate on further research-based projects and publications through these types of connections. We also work specifically with certain institutions for our independent projects, such as our Soft Skills project. We are proud to say that through these initiatives and partnerships, we are able to increase the impact CAP has not only on the young people we have a direct relationship with, but also those who are engaging on social media and online.

Although CAP is now a reputable organisation in its own right, getting it to this place has not always been as easy as putting out a few Facebook posts and calling local journalists! Only a few months after Thamana had been found, I came across another article about a missing child and I attempted to run a similar campaign. It received a watered-down response. This made me realise that initiatives need to be creative to be able to break through and get the attention that these children deserve. I wasn’t able to do this on my own, so I built a core team of young volunteers, all who have a passion for children’s rights, who help me to plan and design the necessary interventions and keep the overall project running smoothly.

Initially, I started recruiting by posting about it on Facebook. Eventually, word started spreading through professional and personal networks of mine as well as through connections of previous interns or Campus Ambassadors. I also updated our website and we now welcome applications to join the CAP team via http://thecapro.org/careers. As it stands currently, our team comprises young people (some of whom have been a part of CAP since it was registered in 2016) from all over the world. We have a text group where we discuss issues and conduct monthly Skype meetings. In order to efficiently run an online team, we ensure that all messages are answered within 24 hours and the team is informed in advance, whenever possible, about periods of absence. Communication is key! Work hours are discussed at the time of appointment and we are flexible and open to changes as needed. On average, our team members work between 2-10 hours/week on the project. Together, we have found a way of working that enables us to address important key issues in new and innovative ways while keeping an open and transparent discourse with each other

I understand that, however frustrating it feels at the time, failure always teaches more than success. It teaches you to adapt and find solutions quickly and from there you learn what to do and not do in the future. For example, I found that managing people, particularly when some of the team are based remotely, was a definite learning curve! We often found ourselves left out to dry when volunteers who initially showed interest, backed out or stopped responding without prior notice. Instead of just accepting this as the norm, we created a mentorship program for all new team members to better identify their interests and abilities. This helped ensure dedication to the task at hand and by having mentors within the core team, we were able provide timely feedback which resulted in greater accountability for one’s work. Once these processes were in place, we saw our retention rate grow almost immediately.

From a more practical standpoint, I did not comprehend the extent of paperwork, registrations, regulations and tasks that all build up, especially when first starting out. With so much going on, it is easy for things to slip or to get deprioritised. One good example is minute-taking in meetings. At the time I considered it pointless paperwork so decided to stop, but, as our team is placed globally, I quickly saw that this was a mistake. We soon lost track of things discussed and people it was discussed with. We had no central record of what had been agreed or what the next steps were. It was a nightmare! As a result, we now religiously document every meeting and have reaped the benefits since. I would like to credit our Campaign & Advocacy strategist for her conscientious efforts in getting us organised!

Finally, in the start-up world it is all too easy to keep going and keep going without actually taking pause to breathe and reassess where you are. To help even out the pace and to better manage the team’s workload, we now run pilots for all our major programs before full-scale implementation to help us get a better understanding of the resource and team requirements before launching on a bigger scale. We then conduct surveys to monitor on the ground responses and use the feedback to modify our projects before scaling up.

When I look back, I am most proud of how what started out as a simple Facebook campaign has now turned into a credible youth-led organization that works for children’s rights, creates awareness around pertinent issues, and works hard to train the next generation of youth advocates. I am also proud of our team and our projects and as I look towards the future, I hope we will start to get certain CAP projects into a sort of autopilot mode. Eventually, we plan to work with legislative and planning bodies to identify gaps in policies and efforts, thereby creating a safer world for children. As simplistic as it sounds, we want to make the world safer for children. I am a firm believer that young people need to be heard across all levels of leadership for real change to happen, and I am pleased that CAP is contributing towards this narrative. We are not leaders of tomorrow, we are leaders of today.

1. Write it down. I keep a separate journal for all CAP related ideas, projects and carry it with me at all times. I find that turning a jumble of thoughts into a visual mind map helps put things into perspective

2. Create clear guidelines and policies. Ensure you have a list of guidelines, terms & conditions and internal policies for your team members. This ensures professionalism and accountability which is important for functioning of a non-profit

3. Set reasonable deadlines. As an organisation where everyone works part time and pro bono, we often have to set realistic timelines and goals. Ultimately though, I can only pass on this amazing advice I once received from another fellow youth leader. She simply said “believe in yourself”. Having confidence in your ability is key. Even when your efforts may sometimes seem insufficient or premature; your belief in your cause makes all the effort worth it and the work more credible both to your team and those around you. Good luck, you can do it! 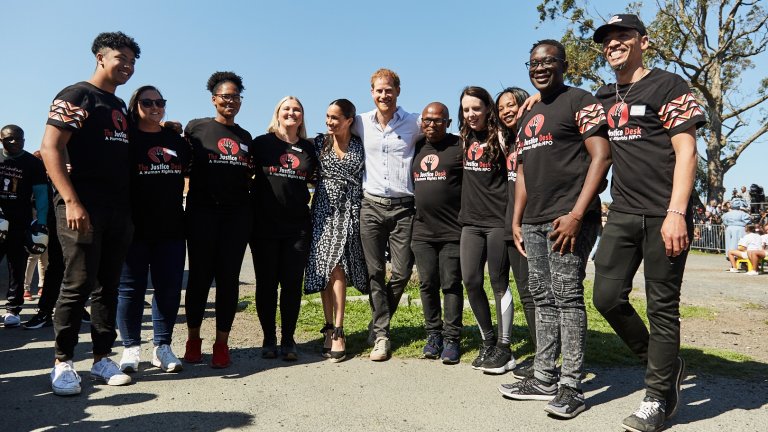 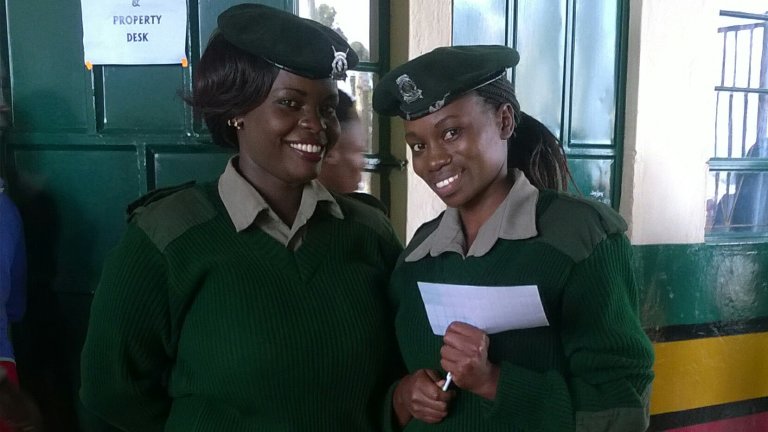 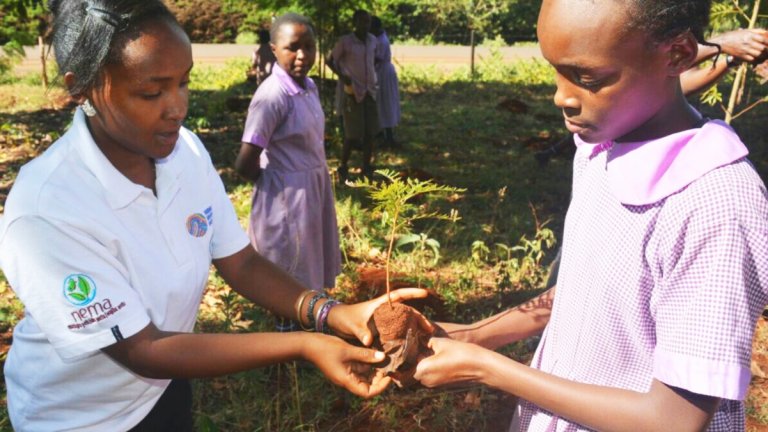