I’m Esther Marshall, and I am perhaps most well known as the founder of sTandTall, an organisation that provides support and resources to individuals suffering from abuse and bullying via an online platform, community and education programmes. Since launching, sTandTall has gained national media coverage including the Huffington Post, and has won numerous awards such as the Just Giving Influencer of the Year award, and myself being named a runner-up for the Women of the Future award. In my day job I am a senior HR manager at a global consumer goods company where I am responsible for delivering our Diversity and Inclusion Agenda.

On top of this, I am also mum to 18-month-old Asher who has also become the inspiration for my latest venture – writing and publishing books for children! Asher is the first and most important critic of my writing and it is because of him that my Sophie Says series came into being. Keep reading to hear more about what inspired me to become an author and why I am so excited about what’s coming next!

Whilst off on maternity leave, I started reading books to my baby son. I soon realised that the majority of children's books had a male lead character - even the animals were all male! I started looking for a book for younger children that showed a female character who knew her worth and a book that could teach all young children about how women can achieve just as much, if not more.

But I couldn’t find anything! The more and more I looked around, the more frustrated I became. All I want is for my son to grow up knowing that there should be equal opportunities for everyone regardless of gender, race, religion or background. He should know that equality can be achieved; I want the stories he reads and the pictures he sees to represent female leads and him not think twice about it, as he will know that this as the norm.

So during night feeds, as I found myself mindlessly scrolling through social media (not the best thing to do doing whilst sleep deprived and my hormones were all over the place), it came to me that looking at other people’s Instagram-perfect lives probably wasn’t the best use of this unique, special time. So instead I came off social media and started to write the book I had been looking for but hadn’t been able to find.

Sophie Says is a new children’s book series which aims to teach children the lessons I wish I knew when I was growing up, in a fun and inclusive way. Themes include empowerment, mental health and the concept of beauty - to name a few. The first book - Sophie Says I Can, I Will - tells the story of a young girl, excited about the possibilities for her future career, who shares these visions with her parents. It was written to inspire young girls and boys about opportunities for their future and tackles stereotypes head-on by showcasing ambitious and achieving women in a whole host of roles.

Sophie Says I Can, I Will is written to be a meaningful and uplifting story of empowerment. This is particularly important when children’s books are 50% more likely to have a male lead character or animal lead, than they are to have a female lead character. Additionally, when researching in the UK specifically, I found that although more than 45% of our children at primary school age are from a diverse background, only 5% of children’s books demonstrate any form of diversity. How can we expect these children to grow up feeling seen and supported when they cannot find themselves reflected in the stories they read? Sophie Says is setting out to tackle this.

The sequel to Sophie Says I Can, I Will is called Sophie Says It’s Ok Not To Be Ok, and it’s due to be published later this year. It will focus on the importance of mental health for children - something which isn’t currently part of our national curriculum, but is as important to healthy development as their physical health is.

I feel passionately that books like Sophie Says are needed in primary schools all over the world to help inform young children that no matter what their gender, religion, race or class they can still achieve their ambitions, and that mental health is something that is OK to be openly discussed in order to remove the stigma that exists elsewhere in society. For me, these books demonstrate the potential for the next generation to bring about positive change for our society as a whole and are therefore a useful tool for teachers in the classroom to inspire young children.

When getting started, I think the biggest challenge for me was mindset. Questions like, can I do this? Will it make the impact I want it to make? Am I qualified enough to do this? But when you have found your passion and your purpose you have to push those feelings aside and believe in yourself and your idea. If it wasn’t for those moments of doubt, then I wouldn’t be able to appreciate the achievements I have made now! And I say that knowing that when challenges arise or failure happens, I do not necessarily deal with them amazingly right from the off! For about the first hour after I’ve realised I’ve failed, I feel like I’ve let myself down, which is always a low place to be and it can be hard to find that motivation and belief to continue. However, after that initial hour of being in a funk subsides, I try to sit down and write all the steps that led to that failure. Then next to each of those steps I find something positive that has come out of each of them. This helps me realise that although maybe the end result was a ‘failure’, there have also been so many positives or lessons learned along the journey. That really helps to shift my mindset from the negative to the positive… or at least to think constructively!

Taking pride in what you’ve achieved

Ultimately , when I look back, I am just so proud of the fact that I wrote a children’s book in the middle of the night whilst feeding my son, have got it published and am now seeing it being stocked online and available for all to buy! I think writing the book would have felt like a win in itself, but the fact I’ve managed to get it out into other people’s homes and that Sophie will inspire children other than my own really feels like a big achievement.

When I look to the future, I hope to see Sophie Says become the new chosen children’s brand of choice, helping children and families all over the world teach important lessons for life in a fun and positive way, and to encourage all children, regardless of gender, race or religion, achieve their full potential.

Finally, it is so important that you too feel like you can make a difference – because you can! If I had to give my top 3 tips on getting started I would say:

1. Believe. Believe in your idea and be passionate about your idea. If you aren’t, then no one else will be! 2. Stretch yourself. Put yourself out of your comfort zone. It if feels comfortable, you are playing it safe. 3. Aim high. Be daring – dream big!

Now go out and do it!

For more information about Sophie Says and links to buy the books, check out the Sophie Says website or Instagram channel.

You can also find out more about Esther's organisation, sTandTall, here. 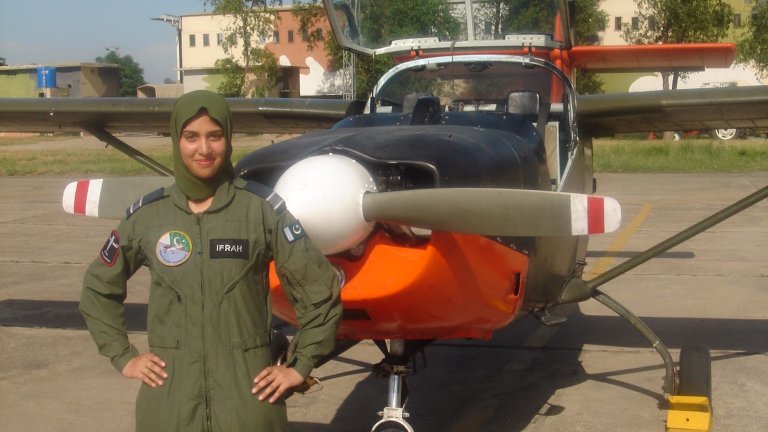 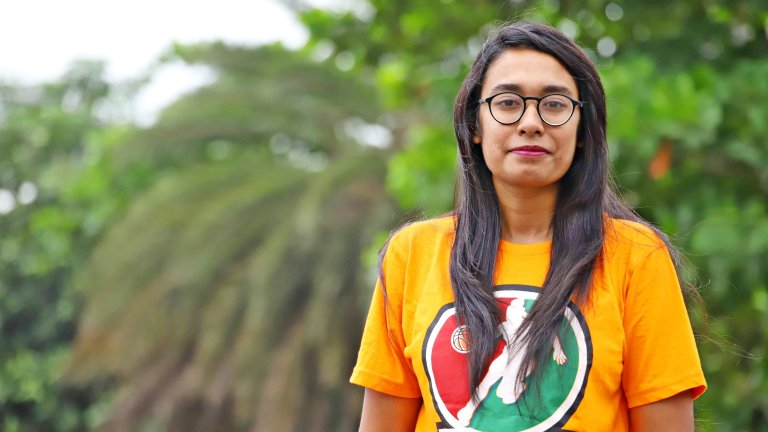 Meet the young leaders who are working towards a fairer and more equal world. 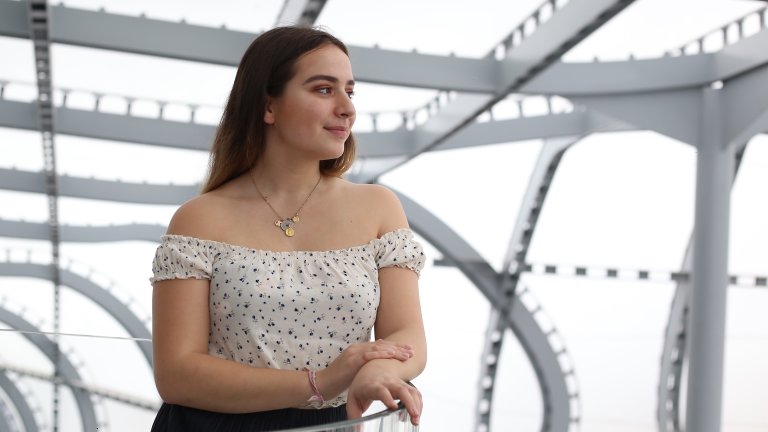 18-year-old Jo is the founder of She Dot, a social enterprise aiming to bridge the socio-economic gap for girls pursuing traditionally male careers. Here, Jo shares her experiences to inspire you to...