At least 10% of the world’s population are living with a disability. In many parts of the world, children and young people with disabilities do not have the same access to legal rights, or societal or career opportunities as their peers living without disabilities. COVID-19 has further displaced many disabled people, resulting in a reduction of appropriate care and support during the pandemic.

Jonathan Andrews is a disability advocate, qualified solicitor and co-Founder of the Commonwealth Children and Youth Disability Network (CCYDN). In this blog article, he shares some of his personal experiences of being on the autistic spectrum and outlines steps that can be taken to create a more inclusive world.

When I was identified as being on the autistic spectrum as a nine-year-old child, I was very quickly assured by my parents that this wasn’t a weakness, or something to be ashamed of. It meant I faced challenges in certain areas – including social interaction with those I wasn’t familiar with, and sensory differences – but it also brought about certain strengths too, such as having a very strong focus on areas of interest (often leading to me developing great knowledge in these areas) and a different way of viewing the world.

Looking back now, it’s clear being autistic hasn’t stopped me from achieving many ambitions: I attended a top university and have become a qualified solicitor. Indeed, it has rather helped in certain endeavours; my knowledge of autism has undoubtedly assisted with my years-long campaigning on opportunities for people with disabilities in the UK and pan-Commonwealth, for which I was honoured to be recognised as the UK’s fourth most influential disabled person by the Shaw Trust in 2020.

However, from my experience it is also clear that a lack of understanding around disability remains in many parts of society – and this, as opposed to the disability itself, is usually the greatest barrier.

At least 10% of the world’s population are living with a disability. With the Commonwealth’s population reaching 2.4 billion, this would indicate that at least 240 million Commonwealth citizens have disabilities. These are individuals who face significant barriers, but also have so much untapped potential. It’s therefore vital that steps are taken to tackle the lack of understanding, awareness, and opportunities for young people with disabilities across the globe in order to build a more inclusive world where nobody is left behind.

Far too often, businesses can be unaware of the advantages of hiring people with disabilities, and wrongly assume that we won’t have the skills to contribute. More widely, too, a lack of awareness and acceptance of disabilities in society remains incredibly high. This appears in many forms throughout the Commonwealth; from the overt (like a belief that autism is a mental health issue which should be ‘cured’, or evidence of possession or witchcraft and not a natural form of neurodivergence) to the more subtle (such as an assumption that people on the autistic spectrum do not want or need to socialise – true for some, but for many, it is more true that they socialise in their own way, and being misinterpreted by others then forms a barrier).

It’s for these reasons that, following the first-ever Commonwealth youth disability roundtable at the Commonwealth Heads of Governments Meeting 2018, I worked with fellow young Commonwealth changemakers to found the Commonwealth Children and Youth Disability Network (CCYDN) in 2019. Our overarching goal is to ensure children and young people with disabilities have the same access to legal rights, and the same societal, economic and political opportunities as their peers living without disabilities. Despite being less than two years old, CCYDN already has hundreds of members, with committee representatives from each Commonwealth region, and is growing each year.

Our network has allowed us to advocate on a pan-Commonwealth level as to the barriers young people with disabilities face and how best to tackle these. We have also successfully campaigned for the continued legal protection of people with disabilities in the UK during the COVID-19 pandemic. My fellow co-chair, Parmi Dheensa, and I signed an open letter to NHS England, along with many other key leaders in the UK disability sector, successfully calling for any action taken in response to COVID-19 to not infringe upon the hard-fought rights of disabled people. We also argued for the restoration of rights which had already been affected by the pandemic - such as obligations in relation to education, health and care plans for young people with special educational needs - to be restored as soon as possible. Our efforts helped ensure this was achieved by September 2020.

Reduced Inequalities is a key Global Sustainable Development Goal, one which also overlaps with several other goals (such as Decent Work and Economic Growth, Quality Education, and Good Health and Wellbeing). As a pressing issue for the Commonwealth, it is great to have the support of organisations such as QCT as we work to tackle the barriers that currently exist and enhance opportunities for people with disabilities across our member states.

There are many things that you can do to advocate for a more inclusive world, regardless of whether you have a disability or not. Here are my five top tips for you:

• Join networks: If you are a young Commonwealth citizen looking to improve the lives of people with disabilities, there are existing disability networks in the Commonwealth space which you can join in order to effect change. CCYDN is open to those under 30 as members, and those aged 30-35 as advisors and mentors.

• Seek out relevant influencers: Consider if there are any high-profile or influential champions who can add value (such as greater public awareness) to your initiative – especially if they are personally affected by disability themselves. It is common for people to assume people with disabilities cannot achieve, but there are many politicians, businesspeople, actors, authors, sportspeople and more who are disabled and successful – and in my experience, many are happy to support such initiatives when asked.

• Collaborate: Collaboration with other initiatives can be a great way of widening and strengthening impact, and in the case of disability there may be scope for collaboration that isn’t immediately obvious. For example, a health-focused initiative may not seem relevant at first sight, but may in fact be targeted at conditions which are also considered disabilities – so it’s a good idea to carefully consider collaboration options to ensure your initiative reaches as far as it can.

• Include disability advocacy in your work: Even if your initiative isn’t specifically about disability, it is almost certainly going to have some impact on the lives of people with disabilities, given that we exist across all countries, backgrounds, identities and circumstances. It’s therefore no less important to seek where possible to include people with disabilities in planning and carrying out your initiative (for example, having board or steering group members with experience of disability, or consulting with disabled communities).

I currently work as an Entertainment & Media Solicitor for Reed Smith, a fantastic global firm which supports a variety of Commonwealth initiatives and recognises the value of employing people with disabilities. I work with the firm to ensure its outreach initiatives are accessible to every community, including people with disabilities, and ensure their application and promotion processes are as disability inclusive as possible. In December 2020, I was proud to chair our international event for the International Day of Persons with Disabilities, which focused on what organisations can do to increase disability employment.

I am a passionate advocate for the removal of barriers for people with disabilities, both in work and society: from the more obvious and visible barriers such as a lack of accessibility in buildings, to less obvious challenges like raising the awareness and understanding of many non-visible conditions, or the very real talents of disabled people being overlooked in favour of the things we struggle with. I hope for a future in which a wider acceptance and understanding of disability removes these barriers and provides a level playing field for disabled people to be accepted for who they are, so that they can demonstrate their merit alongside non-disabled people. This won’t happen overnight, but it’s through initiatives like CCYDN, and the efforts of companies like Reed Smith, that we can work to ensure opportunities for change are fully championed.

Find out more about the work of CCYDN by visiting their website. 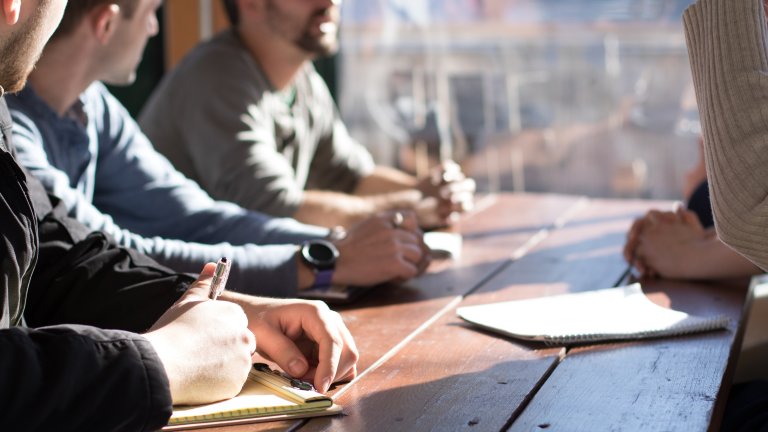 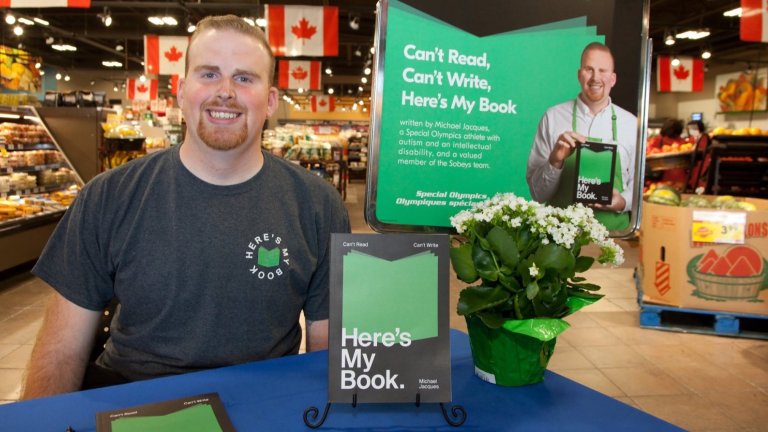 Michael Jacques has autism and an intellectual disability. Here, he shares his story to educate people on social inclusion, and to inspire others that they can do anything they set their minds to. 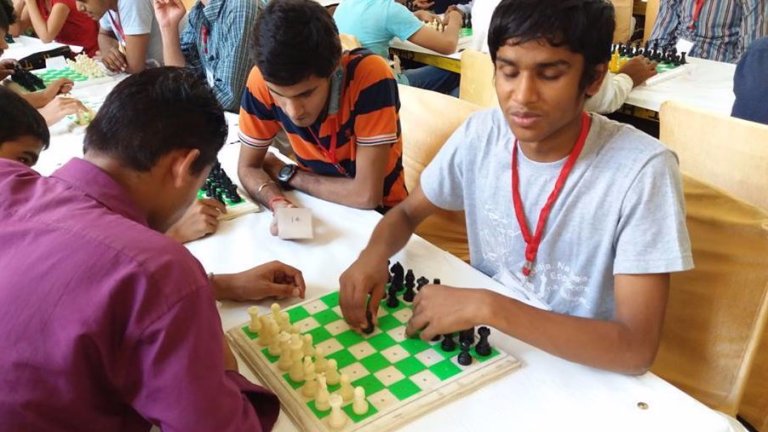 Devanshi launched Project Checkmate to teach chess to underprivileged children, before expanding to cater for the blind. As well as enjoying the sport, young people also benefit from learning basic...