In large refugee settlements in Uganda, many children lack safe, engaging play facilities and the benefits that come with them. Multiple studies have shown how important play is for the development of children and their long-term outcomes, especially those living in poverty. Play has been shown to be beneficial for social skills, cognitive abilities and problem solving, as well as the development of motor skills, concentration, communication, imagination, and self-control.

Play Action International, formerly East African Playgrounds, is a youth-led organisation dedicated to providing effective play-based learning programmes and safe, exciting play facilities to children living in Uganda, with the belief that all children everywhere deserve play. To date, Play Action International has helped over 500,000 Ugandan children through play interventions, working alongside communities to empower them to benefit from the power of play.

As part of our Covid-19 response programme, QCT was able to offer support to Play Action International and keep their operations moving over the summer. Read more from founder Carla Gill in the founder Q&A below.

From a young age, my interest in working with children and the power of play was apparent. Whilst my peers had jobs in bars and restaurants, I was working at play schemes for children with disabilities and at after-school clubs. I was the first in my family to go to university, and there I studied Childhood, Education & Culture. I signed up to a project to volunteer in Uganda one summer which led to myself, and my now husband, founding Play Action International, or East African Playgrounds as it was, in 2009.

My now-husband Tom had been to Tanzania to help teach English at a boarding school, yet whilst there found himself to be more useful providing children with opportunities to play in the most simplest of ways, such as making car tracks on the ground and taking them on day trips. The teaching at the school was great, but there was no focus on extra-curricular, structured or free play. The children were bored, and this often led to them pushing boundaries and getting into trouble.

Tom and I met after he had been to Tanzania and he told me of his plans to go back to the boarding school to build a simple playground. I had my trip to Uganda planned for that summer, where I would be based in rural Buliisa, a place where nature was plentiful, and community was strong. Due to my previous experience working with children with disabilities, I was used to encouraging play without the need for language, but the evenings spent in Buliisa, playing together with local children (and adults!) who didn’t share a common language, really brought home the power that play has to connect us all.

At the end of the summer, Tom had finished his playground in Tanzania, and I had completed my time in Uganda. We met in Zanzibar and shared our stories. I had told the communities I’d been living with about Tom’s playground project as I travelled across East Africa and word seemed to have spread. By the time we were back in the UK, we had numerous requests from across East Africa for us to provide them with space dedicated for children to play. And so East African Playgrounds was born.

We had inadvertently completed a pilot project, basic market research, created a demand and written a literature review prior to even considering turning this one-off project into East African Playgrounds. I am not sure what the first steps exactly were. Was it my first job as a playworker, or Tom working with his Dad on a building site? Was it us both separately seizing the opportunity to travel to East Africa? Or maybe sharing the same vision and talking through our ideas? Was it saying yes, to daring to do something outside of the box that everyone thought we were mad for doing? Was it designing the playground out of K’Nex pieces, or was it simply getting our charity registration through?

Getting East African Playgrounds off the ground was a vast number of tiny steps that brought us closer to the big picture we are still working towards. In terms of steps, our vision was clear - we had no problem there - but we needed to establish an income stream, build a trustee board, register as a charity and tick all the governance and practicality boxes that supported the success of bringing the project to life and a subsequent charity launch.

What challenges have you faced along the way, and how did you overcome them?

What challenges have we not faced might be an easier question! But as Tom Hanks says in the film ‘A League Of Their Own’; “It's supposed to be hard. If it were easy, everyone would do it.”

People have been both the best thing and the hardest thing, and I include myself and Tom in that. Misunderstandings, communication difficulties, frustrations, and exhaustion. Founding an international organisation in your early 20’s comes with continual, vast and rapid learning curves. The magic of being in your early 20’s is the feeling of invincibility it brings, along with endless possibilities and energy, but there is also a certain amount of naivety. I think an openness to forgive (yourself and others), a clear vision of why you are doing this and a solid support network around you is key to overcoming the challenges you will face.

What has been your proudest moment with this work?

Then there are the bigger moments: Suzie winning the Fundraiser of the Year award (IoF), Andy winning Best Fundraising Newcomer (IoF) and East African Playgrounds winning student Charity of the Year award. Also up there with the big moments, but with a lot more work and stress attached are; getting the big UNICEF contracts to work in the refugee settlements, being granted not one but two DFID contracts and being invited to the Early Childhood Development conference in Uganda alongside all of the big players within the field and having our team’s voice heard in championing the vital importance of play.

The greatest joy though, although I have not had chance to do it in a while, is to just sit at the side of a playground towards the end of the day as the last few children are playing and simply soak up the joy that this space can bring.

Follow your instinct, believe in yourself, surround yourself with a diverse mix of wise people to listen to and know when it is time to step back. You cannot be everything to everyone and you are not always the best person for every job. Learning to delegate and letting it go when it is not done exactly how you would do it is of great benefit. And on a boring (yet vital!) note, capture all the data and put in place strong monitoring and evaluation systems from the start – it will help massively in the long run.

What are your future goals for your organisation?

We want to implement an ambitious strategy that transforms East African Playgrounds from a small charity whose operations are centralised in Uganda into a worldwide specialist INGO that enhances vulnerable children’s lives by enabling them to learn, develop and heal through play.

Play, rest & leisure are essential to a child’s health, wellbeing, and development. However, rising urban populations, violence, political conflicts, natural disasters, poverty, child labour and increasing educational demands are affecting children’s opportunity to access their rights as set out in Article 31 of the United Nations Convention on the Rights of the Child (UNCRC). This is even more prevalent in disadvantaged and/or socially excluded communities in the developing world. Our focus as an organisation is to work in partnership with local communities to create safe environments that provide children with diverse and enriching opportunities for play, rest and recreation. We strive to ensure that parents, teachers, communities, and wider society recognise the value and legitimacy of play in children’s lives.

As the years go by, adults can become more risk adverse, more concerned about their immediate worlds and more negative about the possibility of change. Part of this is due to their lived experiences, but part is also due to self-protection and getting stuck in cycles. Young people are often less burdened with what has not worked. We are brighter eyed and more creative about the possibilities of change and a better world. We may need guidance from more experienced people to help with the practicalities, but equally those already further along in their journeys can benefit from fresh and creative vision of younger people to ensure the change is relevant, current and continues to be innovative. Just because something worked once upon a time, doesn’t mean it is the ‘forever solution’; things can always be innovated. And this is why it is vital for young, playful minds to be equal partners in driving change.

1. Seek advice, talk it through with others. One of the best things we did early on was visit a number of other organisations in East Africa. They opened up and told us so much about what worked within their organisation and what didn’t work. From this we gained a plethora of knowledge about how to (and how not to) run an organisation. 2. Collect data. This will put you in good stead for the future, helping you identify the proof of concept, helping you to gain funds in order to grow and helping you to analyse your projects as you go along. 3. Have self-belief! Be your own biggest cheerleader. 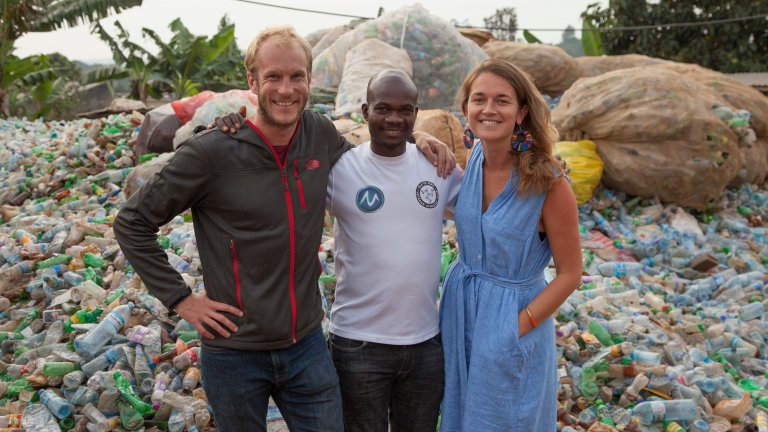 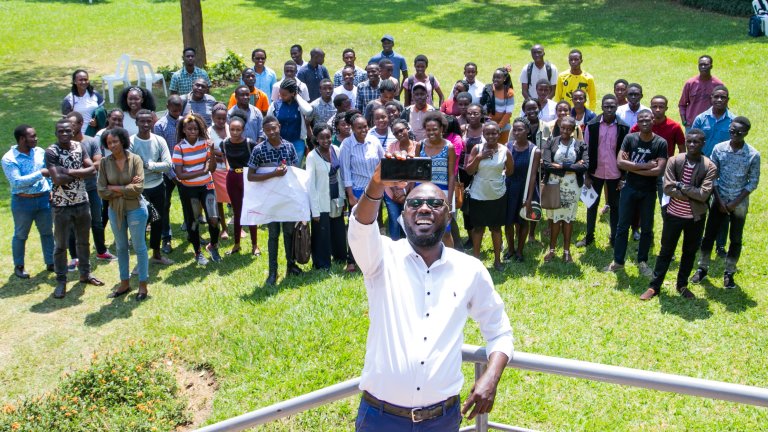 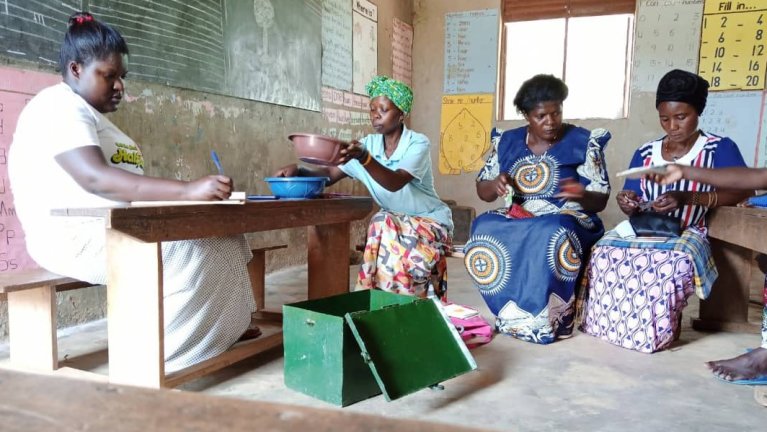 Kisoboka Africa creates financial inclusion for all by focusing on the economic empowerment of women and youth in underserved communities in Uganda.