For the 2019 Summit, the Queen's Commonwealth Trust was delighted to offer a scholarship in partnership with One Young World to connect young leaders driving positive social impact in the Commonwealth with the opportunity to attend OYW Summit from 22-25 October 2019.

The Queen’s Commonwealth Trust exists to champion, fund and connect young leaders who are working hard to change the world: using our platform to amplify the voices of young changemakers across the Commonwealth we share their stories and experiences. QCT also works in partnership with a network of organisations and individuals who share their belief in young people, to offer grants to those leading their own not-for-profit organisations.

The Queen’s Commonwealth Trust is proud to have been working with OYW since 2018. The Duchess of Sussex, a One Young World Counsellor, was named vice-president of QCT earlier this year, whilst the Duke of Sussex is President.

The QCT Scholarship in particular sought to support 53 young leaders who are active in one of the following areas:

One Young World received over 5,000 scholarship applications for the Scholarship.

Congratulations to the 2019 QCT Scholarship recipients:

Amanda Scott, Grenada Founder, Fireflies Amanda is the founder of Fireflies, an women-led organisation dedicated to the empowerment of girls.

Daniel Nyabadza, Zimbabwe (currently based in South Africa) Computer Programmer Daniel, who has extensive volunteering experience at coding bootcamps, is currently developing payment systems aimed at equitable access to resources, such as basic necessities for living, at highly competitive pricing.

George Quadina, Nauru Healthy Living Advocate From the of Nauru, George has worked tirelessly to promote fitness and healthy living both in his native island and across Oceania.

Gulnahar plays Basketball for her National Team and has also represented her country in the International Olympic Academy. She is working to promote sports as a means to empower women and break existing societal barriers.

Hafiz Usama Tanveer, Pakistan Co-founder, PakVitae.org Hafiz is the co-founder of PakVitae.org, a clean water initiative that has impacted over 11,000 people thus far.

Jasmine Duncan, Saint Lucia Environmental Scientist Jasmine gave up her studies as a lawyer to become an environmental scientist, where she has committed her expertise to the challenge of waste management for island nations like St. Lucia.

Kaene Disepo, Botswana Social Entrepreneur A social entrepreneur and sustainable development advocate, Kaene has represented Botswana in over 15 international forums, given TEDx talks, and been recognised as a Young Future Leader.

Kirkland McIntosh, Bahamas Staff Associate, Young Life An educator by profession, Kirkland has been recognised as a National Youth Leader in the Bahamas by the Ministry of Youth, Sports, and Culture.

Lance Copegog, Canada Deputy Youth Chief, Beausoleil First Nation Lance has been recognised throughout Canada for his advocacy for opportunity for Indigenous and non-Indigenous youth alike.

Millicent Barty, Solomon Islands Social Entrepreneur In addition to holding various entrepreneurial roles, Millicent utilises the structures of the traditional oral storytelling practices (Kastom Stories - KS) of Solomon Islands to bridge a gap in communication between development projects and rural communities where 80% of adults are illiterate.

Muhammed Touray, The Gambia Co-founder, No Health Without Mental Health Muhammed is one of The Gambia’s most prominent mental health advocates, working to destigmatise mental health issues and provide support networks.

Pania Newton, New Zealand Co-founder, SOUL Campaign In 2015, Pania and her cousins established the SOUL Campaign, leaving behind her career in law and health to dedicate her life to the preservation of Ihumaatao – a rare cultural, historical, and ancestral landscape.

Rickisha Terry, Antigua & Barbuda President, Rotaract Club of Antigua Rickisha has dedicated her advocacy to building platforms and awareness of disability education in her home country, particularly focused on dyslexia.

Ruth Stowe, Saint Vincent and The Grenadines Lawyer and Educator Trained in law and international trade, Ruth strives passionately for equitable access to education and opportunity for all people, regardless of background.

Sandra Ajaja, Nigeria Founder, Fempower Africa Sandra is the founder of Fempower Africa, a social enterprise that has provided over 2000 women with technology education, internship opportunities and learning resources.

Seutatia-ia-Noue, Samoa Food and Health Advocate Seutatia’s passion is providing safe and nutritious food for her island home. Her family’s farm – Purpose Plantations – strives to make fresh and healthy food affordable, as well as providing their workers and other youths in the community with the guidance to run their own #ChemicalFreeFarms. 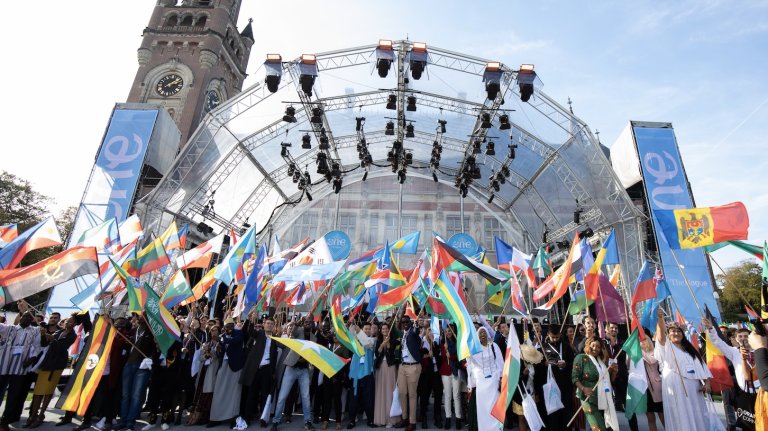 The Queen’s Commonwealth Trust is delighted to announce that we have partnered with One Young World to offer scholarship places to the One Young World conference in 2019. 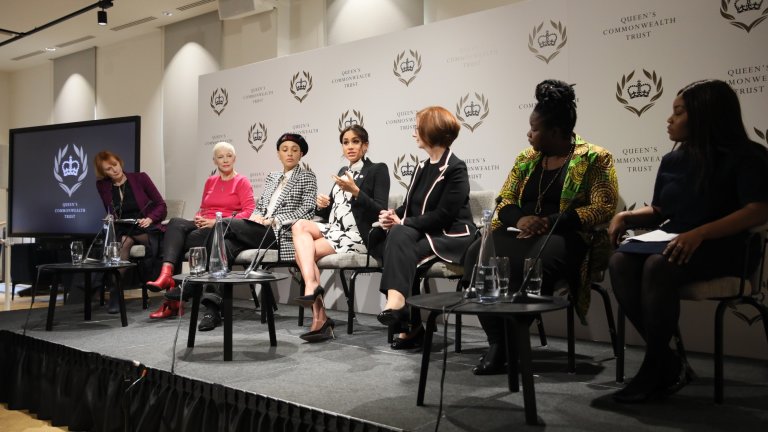 The Duchess of Sussex participated in a panel discussion convened by The Queen’s Commonwealth Trust for International Women’s Day.

08.03.2019 International Women’s Day panel with The Duchess of Sussex shines a light on the role of young men and women in female empowerment
Read more 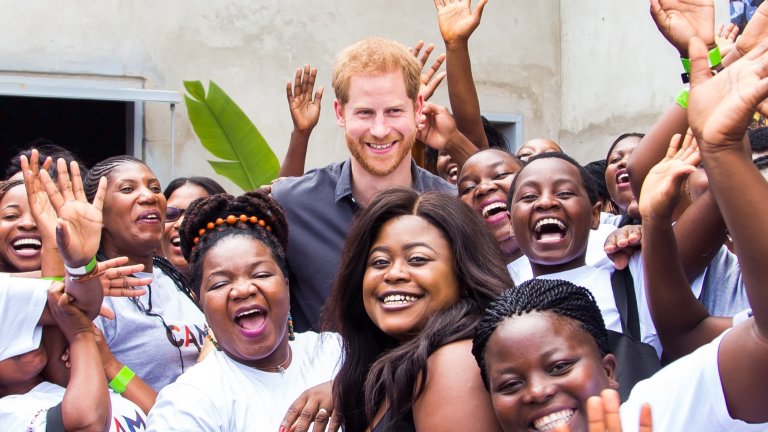 On 21st April 2018, The Queen’s Commonwealth Trust was presented to Her Majesty, The Queen by our President, The Duke of Sussex.