The Queen’s Commonwealth Trust (QCT) has supported iDebate Rwanda expand its reach to students and teachers and equip them with skills to embrace differences without resorting to violence.

Jean Michel Habineza is no stranger to working with organizations that are driving social change.

In 2007, this young Rwandan along with his friends founded Peace and Love Proclaimers (PLP), a youth organization that has led the ‘Walk To Remember’ and ‘Forgiveness a Step to Reconciliation’ projects. His passion for peacebuilding and reconciliation work led him to also become involved with Aegis Trust, a non-governmental organization that works to prevent genocide and mass atrocities.

In 2012, Jean co-founded another non-governmental organization - iDebate Rwanda, a debate organization that facilitates programs that create civil discourse in Rwanda and East Africa.

iDebate Rwanda was Jean’s first social entrepreneurship move after graduating from university. And now in its 10th year, it is an organization that he is most proud of.

Cultivating a Culture of Positive Expression

The organization gives students the tools to change their world by teaching them how to think critically, solve problems creatively and impact their society.

Through its ‘Kigali Debate League’, students from different areas in Kigali (the capital of Rwanda) come together and debate about issues that affect their communities. iDebate Rwanda is currently working with 30 schools and plans to expand to 45 schools within this year.

The Dreamers Academy is another program organized by iDebate Rwanda. The Academy is a 10 day- camp where secondary students and graduates grow through intensive training in leadership, public speaking, critical thinking, and conflict management.

To raise awareness about the 1994 Genocide against the Tutsi and its aftermath, iDebate organizes an annual “voices from a post Genocide society” tour to the United States of America in which five to six young iDebate members visit different high schools and universities to carry out a set of activities including; Debate on various topics, Class visits, Cultural presentations, Q&A sessions, Campus tours, etc.

Debaters from the community also participate in The East African Debate Championship which provides students from the East African Region with a platform to discuss and exchange profound ideas on issues affecting East Africa as a whole. Rwanda joined in 2013 with representatives from iDebate Rwanda – a milestone one year after its start.

Pivoting In the Pandemic

With such great reach, it is no wonder, Jean and his team were challenged to operate due to country-wide lockdowns, following the start of the pandemic.

“It wasn’t easy to think of how we were going to operate with students when everything shut down, but our relationship with QCT that started 2020 was a game-changer”.

Jean and his team have been able to expand their impact to hundreds of teachers and students with support from The Queen’s Commonwealth Trust.

“With the support of the QCT, we have expanded our program to the Eastern province in Rwanda. We onboarded 60 schools and more than 200 students who are now going to receive training in public speaking and debate.

We also started our Teachers Debate Institute which is our teachers' training program. Through this program, we train 115 teachers in Kigali and Eastern Province on how to become debate coaches and use the skills that they gain to create a democratic and more engaging classroom.

I have also grown as a leader. I no longer see myself as a debate coach rather as a leader of an organization that provides debate programming to secondary students.

We also received funding to organize bigger tournaments during the pandemic where costs doubled because of mandatory Covid-19 tests in larger gatherings.

QTC’s support also allowed us to be able to invest in resources for the teachers which included an online platform as well as other resources that could help them become better,” Jean Michel Habineza, Co-founder, iDebate Rwanda.

The organization is currently on an aggressive growth plan to expand its reach in more than 25% of secondary schools in Rwanda in the next 3 years.

It’s a charge Jean and his team are committed to achieving with the support of his staff and volunteers and partners like the Queen’s Commonwealth Trust.

To find out how you or your organization can show support for the work led by young leaders like Jean Michel Habineza, visit QCT's Get Involved page. 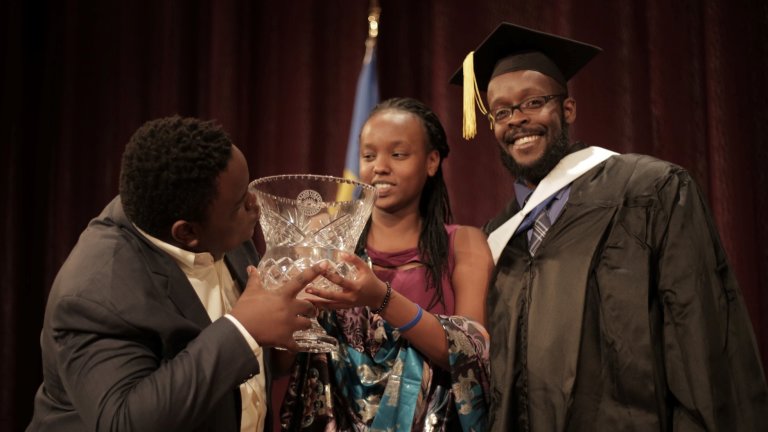 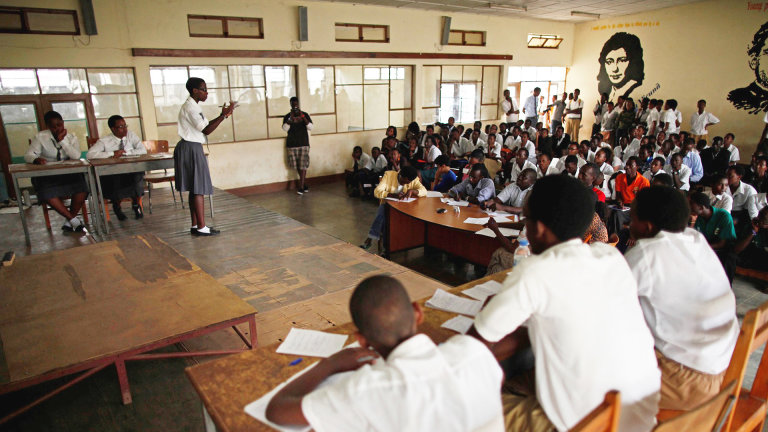